One of the most acclaimed live acts of the Nordic folk scene, five-piece SVER will be joining us at the 38th Orkney Folk Festival in May 2020!

From the wistful and dreamy, to frenzied, pounding, sweaty floor-fillers, SVER’s music is grounded in the roots of their native Norway and Sweden, fused with a bold sense of experimentation and excitement. Their imaginative soundscapes, grooves and melodies take the listener deep amongst Norwegian fjords and mountains, through lively pubs and basement clubs, and back out into the deep forest of their unparalleled musicality.

She has also recently completed a tour of her acclaimed Scottish Songbook project – folky reimaginings of beloved songs from across fifty years of Scottish pop, from artists as diverse as Deacon Blue, Chvrches, Frightened Rabbit and John Martyn – whilst in March 2020 she will, by popular demand, reprise her five-star theatre show, Wind Resistance, at the Royal Lyceum Theatre...

Whilst early arrivals are no rarity for the festival, a far greater number than usual are already in Orkney, owing to a one-day Air Traffic Controllers’ strike across Scotland’s Highlands and Islands taking place today. As well as the closure of Kirkwall Airport, Inverness – a hub for flights from Ireland and England,...

Tickets for the 37th Orkney Folk Festival are now on sale, exclusively from orkneyfolkfestival.com/tickets

Check out the festival programme, for a look at everything taking place over May 23-26, and come join us for an excellent weekend of tunes, songs and craic.

Tickets are moving very fast, though, so don’t hang around. At the time of writing, 10 out of our 36 gigs have sold out, with many more not far behind. We still have good availability across the weekend, but it’s already looking like another very busy year so best grab your tickets now. See you soon! 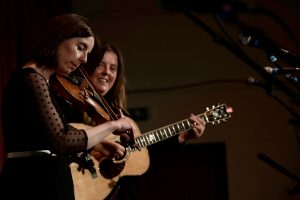 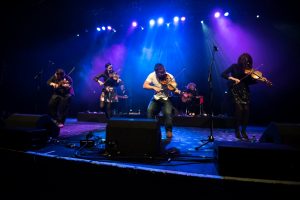 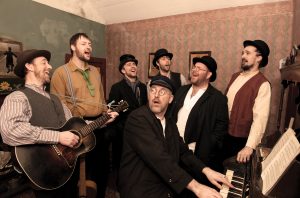