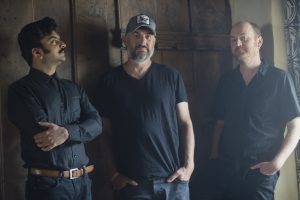 Having met by chance in 2015, Yorkston/Thorne/Khan's musical explorations are well informed by each of their rich musical heritages, but never reverential; rather, carving excitingly new, shared ground. Their third album, Navarasa: Nine Emotions, released in January 2020 to vast critical acclaim, melds influences and inspirations including Burns, Dick Gaughan, Sufi poetry and traditional ragas.

As one might expect with such diversity and virtuosity, the trio's music takes on a new life on stage, brimming with improvisation and an enthralling energy.