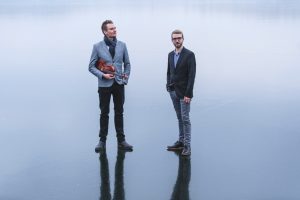 A standard bearer for the rich fiddling tradition of the Shetland Islands, Kevin Henderson has been in the vanguard of the Scottish traditional music scene for decades as a member Fiddlers' Bid, Boys of the Lough, Session A9 and Nordic Fiddlers Bloc.

Celebrated US pianist Neil Pearlman is recognised across the Celtic world for his unique approach to piano accompaniment, rooted in Cape Breton and Scottish traditions with jazz, funk and Latin accents.